Lately, restaurants located in The Star at Frisco have been the subjects of many of our reviews. When the project is fully opened, the culinary offerings of the Dallas Cowboys’ practice complex on Warren, between Legacy and the Dallas North Tollway, will offer some of the best and most innovative cuisines in Frisco.

The Star is becoming a very popular place. This can make street level parking a bit touchy, although there are plenty of spaces in the city-owned parking garages at the heart of the development. Nonetheless, visitors to Neighborhood Services in the Omni Hotel at The Star will find a friendly valet at the stand that sits just off the main plaza entry to the Ford Center.

Once parked, our rather large entourage made our way to the hostess stand that is somewhat strangely located just inside the patio entrance to the restaurant. To clarify, don’t go into the hotel. The entrance is on the other side of the restaurant, directly across the street from City Works. To get there, go through the patio gate and in through the large door just beyond the outdoor dining tables. The valet can point you in the right direction.

Our group dropped into the eatery at about 9 PM on a Thursday night. The place was busy, but hostesses Heather and Caroline made us feel like family almost immediately. Neighborhood Services’ kitchen stays open until 11 PM on weeknights, so the young ladies made it clear that we were not inconveniencing the staff with our mid-evening arrival. Within five minutes, our party of six men and women were seated comfortably at a large table/booth in the dining section to the right of the main entrance.

Our server was promptly at our table to take our drink selections. Some of us went with lovely adult beverages, while others chose the non-alcoholic varieties because of the upcoming workday the next morning. The wines, a mojito and a Moscow Mule, were exactly as each of us wished. The bar was quick, too.

The menu at Neighborhood Services is similar to the restaurant’s popular sister locations in Dallas and Addison. The restaurant’s other locations are famous for simple, delicious and satisfying fare. We wondered if this new kitchen could stand up to the high expectations that the other restaurants set.

My companions and I began the Tour de Yummy with two appetizers for the table. Very soon, our Jonah crab and Sonoma jack gratin dip and deviled eggs were served.

The eggs were fairly standard for the dish, but the smoked paprika that was sprinkled upon them gave each bite a hearty “just off the grill” taste. We enjoyed them.

Yes, the deviled eggs were quite a good choice, but they were not a credible threat to the crab and jack gratin meal teaser.

The starter comes with crisp tortilla chips for dipping into the creamy combo of seafood and spicy cheese. Our surprise came when we first tried the roasted tomato and cucumber salsa that is served separately but on the same plate.

We all agreed that this salsa was in the top three salsas of our combined multiple decades of salsa consumption. It could easily become its own religion.

It was as if locusts descended on our table. The goodies were consumed and leaving us with a collective smile.

Our entrees ordered, it seemed like we had only chatted a few minutes when the main event began.

Three of us longed for salads, and chose different variations of the “It’s good for you” portion of dinner. In no particular order, we encountered the Sweet Gem Caesar, the Wedge My Way, and the Mixed Tomato and Burrata.

The Caesar was a rather large portion for a starter salad, while we thought the wedge was a tad on the tiny side. Like Goldilocks, the tomato and burrata was just right. Pickled red onion gave the Caesar an intriguing twang, almost like a balsamic reduction would provide. The dry jack smoothed out the salad and invited our diner friend back for more. She was very happy.

Two dressings are offered with the wedge, so we chose to ask for both the PtR bleu and the 1000 Island. The richness of each dressing made it obvious they were made in-house. The 1000 Islands was not as ketchup driven as commercials, and there was only the slightest hint of pickle. It was light on the palate. The bleu was just heavy-handed enough to deliver the succulent flavors that only controlled mold can provide. Both were good choices, but we universally preferred the 1000 Island. The healthy amount of bacon didn’t hurt, either.

The tomato and burrata was good, but we felt that the cheese was just a bit too soft inside the shell and didn’t provide us with enough elasticity to qualify it as truly top notch. All that said, there was none left when the entrees arrived.

One of the ladies, a Dallas native, suggested that the hour was late and that we should go the community table route of sharing three or four main dishes. We agreed to this good idea and tried the BBQ Spiced Shrimp. The seafood is served over cheddar grits with Neighborhood Services’ “Original Voodoo Sauce.” The sauce is a peppery concoction of Worcestershire and beurre blanc, that reported was the creation of owner Nick Badovinus. The story has it that one must possess a voodoo doll of Nick in order to get him to reveal his recipe. We aren’t much for the Dark Side, so we will just enjoy it on future visits. The grits were light and infused with cheddar in the most southern of fashions, with the slightest influence of chicory. In fact, we almost missed it. This was a perfect dish, if just a little heavy for just a couple of hours before bedtime.

The server made a second seafood recommendation in the Gulf Red Snapper, also accompanied by cheddar grits and the voodoo sauce. We might have made a more diverse choice, but the fish was so flaky and buttery, and the aforementioned grits so much like Mom made, that we reveled in this opportunity to get more. Like the shrimp, the snapper did not survive our group and was finished to the content of all.

The Butcher’s Burger is a traditional steakhouse burger, seemingly created from both ground beef and brisket. Caramelized onion sat atop the meat, giving the entire serving a sweet savory afterglow. This is a big hamburger, kids. Don’t attempt it alone unless you are very hungry.

As sides, we chose to share the Three Jack and Mac Casserole…yes, to die for if you can afford the carbs…Spinach Almondine, which we all thought was too sour for our tastes, and the Sea-Salted Russet Fries. If you love fries, these are among the better ones in Frisco.

Given the late hour and the huge meals we had shared, we selected only one dessert. You should select this one, too: Chocolate Cake à la Mode, presented warm. Remarkably, we avoided stabbing each other’s hands to get the last bite. This cake was sweet, but without the obnoxious overly chocolate taste we often encounter in other restaurants. If you like chocolate, you’ll love this dessert.

The experience at Neighborhood Services was among the best we have encountered in Frisco. There were a few fall shorts, but not enough to move the new restaurant very far down our list of favs.

With drinks and tip, the tab was $262 for the six of us. We thought the value was good. This is another great addition to the Frisco Foodie Festival that we expect The Star to deliver. We weren’t disappointed and you won’t be, either.

Our party was welcomed and seated without a wait. Don’t plan on immediate access to continue once Cowboys Training Camp and the high school football season begin, though. We expect that demand will outpace seats, making the wait list a challenge in the future. Get in the habit of making a reservation here. You’ll be glad you did. 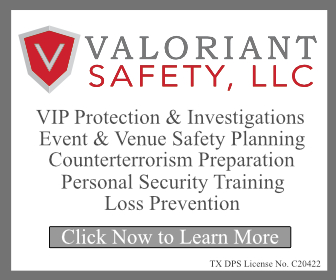 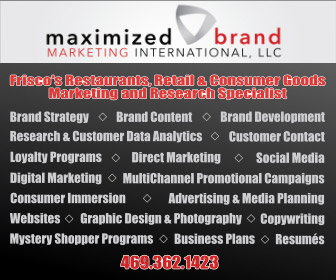